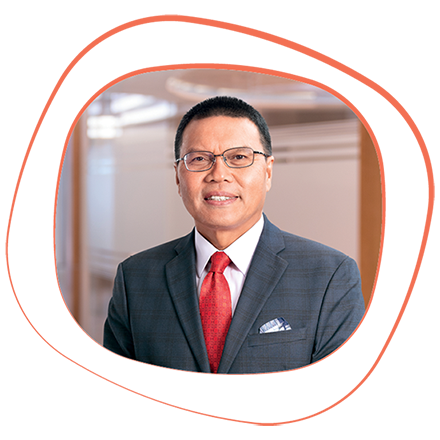 Tan Sri Muhummad Shahrul Ikram Yaakob, 61, a Malaysian, is an Independent Non-Executive Director of Sime Darby Berhad. He was appointed to the Board on 8 June 2022.

Tan Sri Shahrul was the Permanent Representative of Malaysia to the United Nations in New York from February 2017 to December 2018. He was appointed the Secretary General of the Ministry of Foreign Affairs of Malaysia in January 2019 and served in that position until his retirement in May 2022.

Tan Sri Shahrul was the Governor for Malaysia and Chairman of the International Atomic Energy Agency (IAEA) Board of Governor from February 2010 to September 2010. He was a Director of the Board of Dewan Bahasa from 2019 to 2021 and the Malaysian Institute of Maritime from 2019 to 2022.