From Ships to Forklifts
Industrial 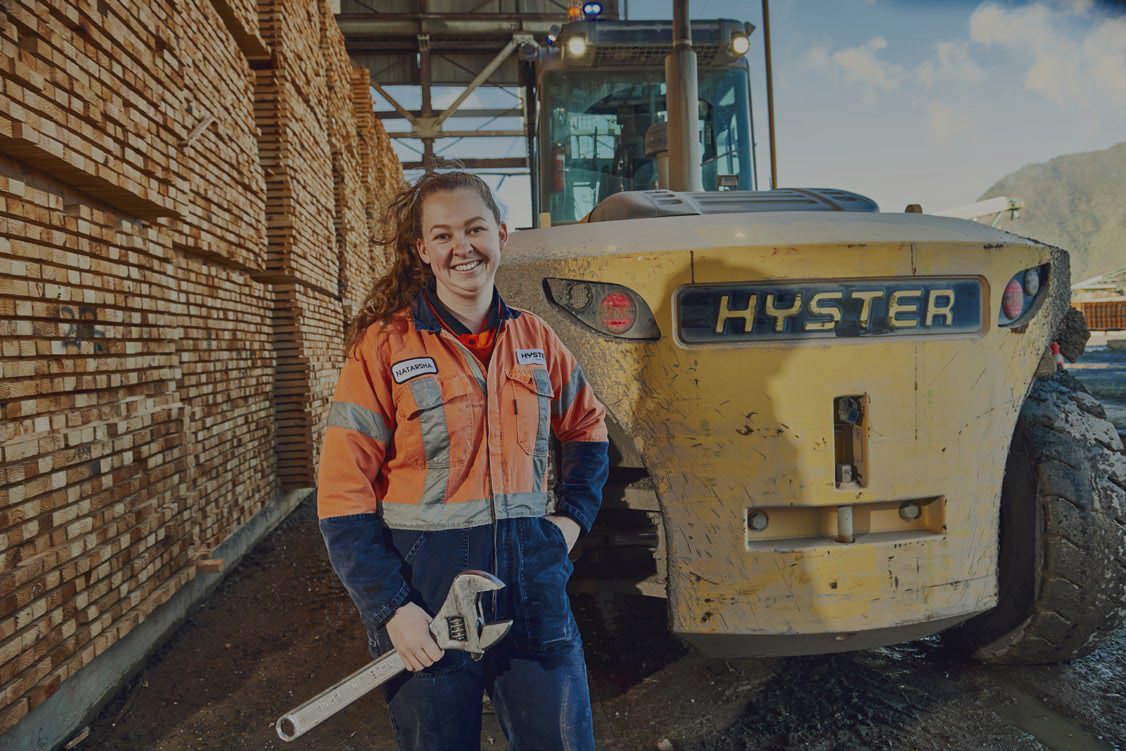 “We’ve got about twenty machines at this site with forklifts ranging from two and a half tonne right up to twenty-five tonnes,” she explains.

“We fix anything on the machines that can break, from the front mast to the hydraulics, electrical and mechanical side. Whatever that is broken, we fix it – you never know what you’re going to get!”

With a day so varied, it’s no surprise that Natarsha’s favourite part of the job is problem solving.

“When you’re not sure what is wrong, but then you figure it out - that’s the best.”

Natarsha is on her way through her MITO New Zealand Certificate in Heavy Automotive Engineering with a strand in Materials Handling Equipment (Level 3 and 4) qualification. MITO is an industry training organisation which designs qualifications and training programmes that meet the needs of the automotive, transport, logistics, industrial textile fabrication and extractive industries.

Working with heavy machinery was not always the intended pathway for Natarsha, who originally had her sights set on a career at sea.

“I got my ticket to be an officer in charge of cruise and cargo ships and decided that I enjoyed the job, but I didn’t want to work overseas,” she says.

“I then got my skippers ticket which included engineering training, and I found it really interesting, so I decided to look for an apprenticeship programme,”

“There was a job in Tauranga for materials handling, and I thought that sounded pretty cool, so I applied, and here I am! I’m really grateful that it worked out the way it did. It feels like one of those things in life that’s meant to happen.”

Hyster Bay Plenty’s Service Manager, Etienne Stephens, could not sing her praises more, saying, “Natarsha sets the tone for the calibre of apprentices that we hope to take on in the future and that the programme delivers as well. It’s awesome to be a part of her journey,”

“It’s good to be able to bring apprentices into your own mould and grow them according to the company requirements and set that foundation from the start,” he adds.

“With an apprentice, we will look at someone who can prioritise both their theory and practical work well. Natarsha’s been ahead of her coursework from day one, and whatever challenge is ahead of her in her work, she just gets it done.”

Natarsha talks about the need for more technicians in the heavy diesel industry and the materials handling sector.

“There are definitely not enough technicians. I would say that about most of the heavy diesel industry. Every business is short of skilled workers and apprentices.” Etienne agrees with Natarsha, saying, “All businesses should be taking on apprentices when they can.” 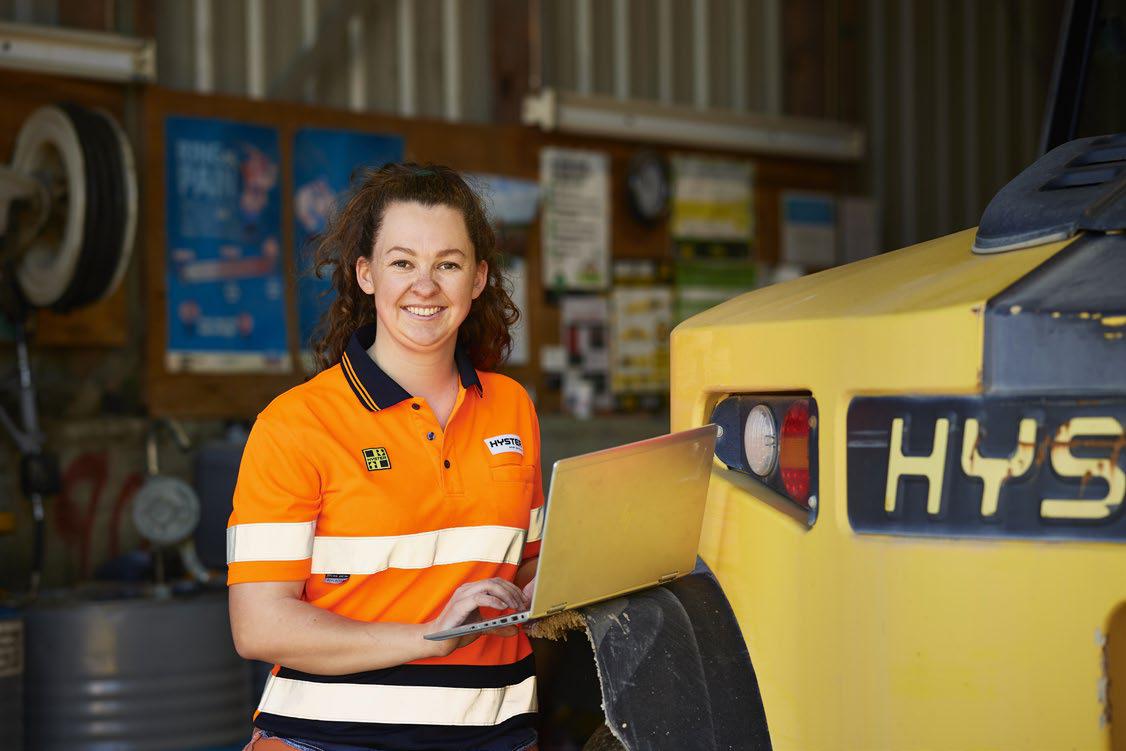 Natarsha also mentions that despite the traditional expectation that the heavy diesel industry is for men, is simply not true,”

“I’m very fortunate with the timing that I got into the industry because the opinions of having women doing this work is improving greatly, and I got really positive feedback,” she states.

“Especially in heavy diesel, people think it’s going to be hard work and a lot of heavy lifting, but if something weighs too much, there’s always another machine that you can use to lift it,”

“I would definitely recommend this industry to anyone. It’s a lot of fun!”